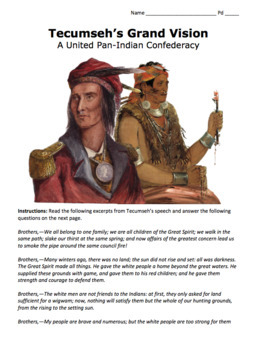 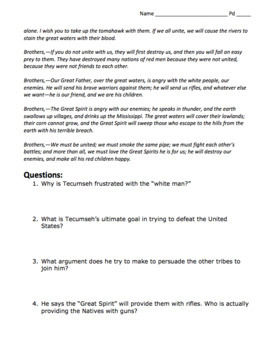 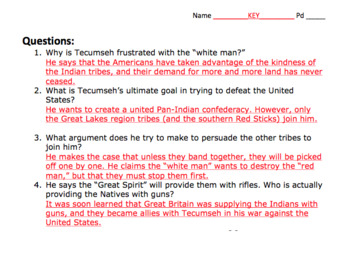 Students find Tecumseh and his mission extremely fascinating, perhaps because his goals parallel those of the 13 Colonies in their fight against Britain. In this War of 1812 activity, students will read a primary source speech by Tecumseh to the Osage tribe. They will then answer some essential questions from the readings, as well as fill out a map of key places in Tecumseh's War, i.e. Prophetstown, Tippecanoe, Fort Detroit, and Battle of the Thames.

If you are interested in purchasing the entire "War of 1812" bundle, including Powerpoint and notes packet, see Unit 7 below!