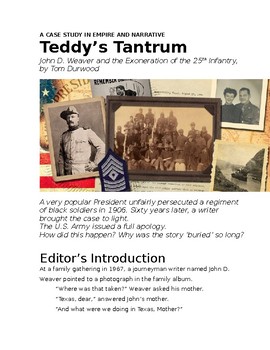 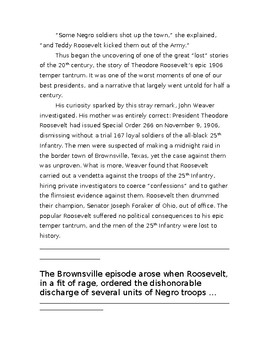 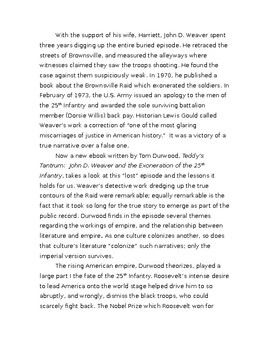 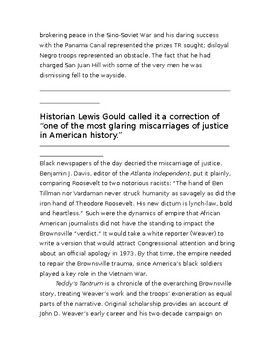 A 9-page version of a remarkable "lost" story featuring one of our most popular presidents. With lesson plan.

A regiment of black soldiers is unfairly dismissed by Teddy Roosevelt. Sixty years later, a freelance writer (John D. Weaver) uncovers the story. The U.S. Army issues a full apology. A rich and ironic story that resonates in current times.

A challenging case in empire and literature for advanced high school students.

“This is an important slice of the American past that was previously obscure to all but serious scholars.”

“I’ve always thought the story of the Brownsville Affray one of the best ‘lost’ stories in American history. And the 60-years-after-the-fact redemption … is a terrific punchline. You’ve got a great subject.”