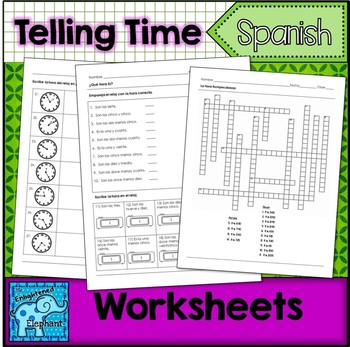 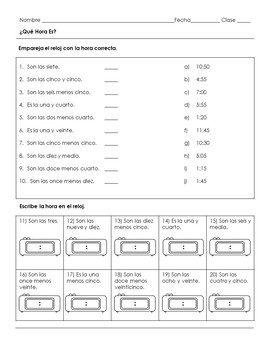 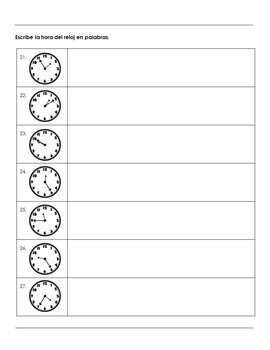 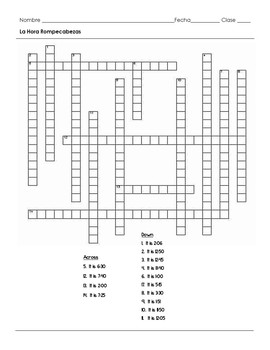 This download includes a two-sided worksheet and a crossword puzzle that helps students practice using the correct forms of time phrases in Spanish. Practice types include matching, writing the time using numbers given words and using clock pictures to write the time in words.

Times include on the hour, after the hour, before the hour, 15 minutes after and before and on the half hour.

NOTE: times before the hour and after the half hour are presented in the "hour minus minutes until the hour" format ("hora" menos "minutos")