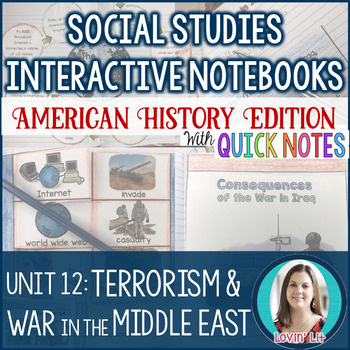 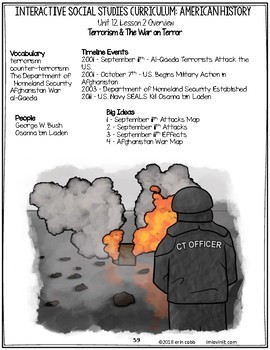 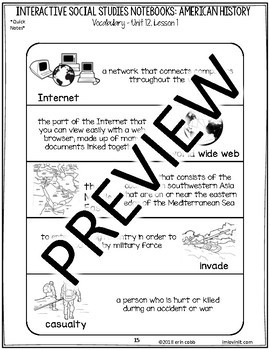 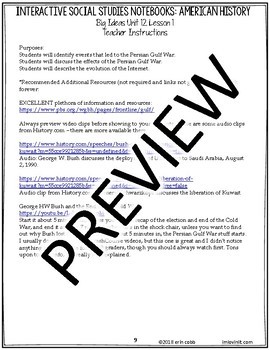 (85 MB|108 pages)
Also included in:
Product Description
These Terrorism and War in the Middle East Interactive Notebook Activities include tons of vocabulary, people, events, and ideas for teaching about the Gulf Wars and Terrorism as part of your American History curriculum.

An editable version of this interactive notebook is included in Powerpoint format.

This unit was designed for grades 4-6.

Please see the preview file for lists of exactly which vocabulary words, people, events, and ideas are included in this resource.


This resource is part of a Terrorism & War in the Middle East UNIT BUNDLE.

Here are the other resources created to complement this one:

Terrorism & War in the Middle East Study Guides and Tests


More materials are available to enhance this curriculum and can be found in Heidi Babin's store. Click here.


Total Pages
108 pages
Answer Key
Included
Teaching Duration
1 month
Report this Resource to TpT
Reported resources will be reviewed by our team. Report this resource to let us know if this resource violates TpT’s content guidelines.