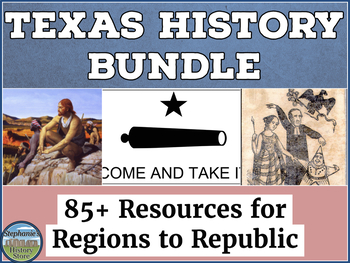 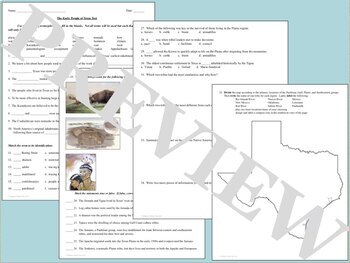 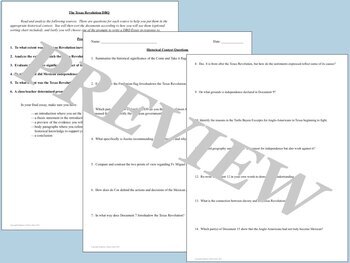 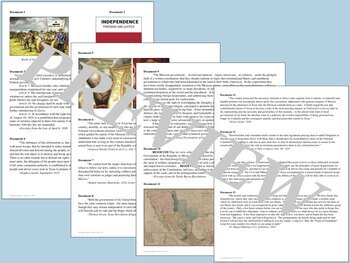 Students learn (or review) everything from the first half of Texas History: climate and physical geography, regions, early inhabitants, exploration, missions, Spanish Texas and Mexico's fight for independence, colonization, the Texas Revolution, the Texas Republic, the annexation of Texas, and everything in between.

Most of these activities would be great for a sub and all answers and teacher information sheets are included where appropriate. See the preview for a closer look! There are more than 55 resources in this bundle and it is growing!!!

To recap, this includes:

The Regions of Texas Sorting Chart and Tasks

The Early People of Texas Powerpoint, Stations, and Tasks

The Exploration of Texas Power Point and Activities

The Cry of Dolores Primary Source and Image Analysis

The Annexation of Texas and Mexican American War BUNDLE

Texas History from Secession to the Cold War BUNDLE