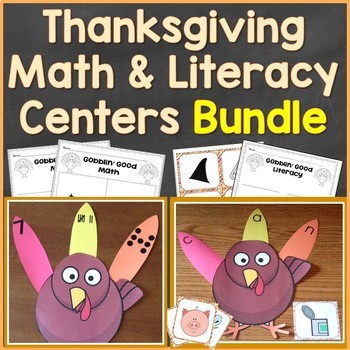 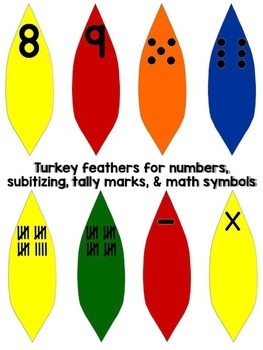 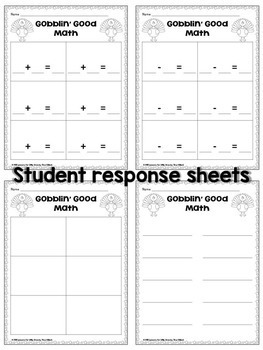 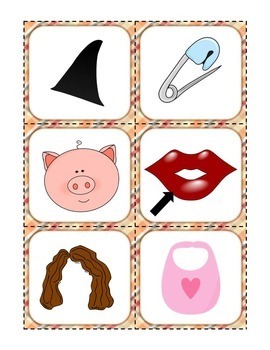 Lessons for Little Ones by Tina O'Block
3.5k Followers
Follow

This center can also be used to practice and assess the following common core standards:

RF.K.3a Demonstrate basic knowledge of one-to-one letter-sound correspondences by producing the primary sound or many of the most frequent sounds for each consonant.

RF.K.3b Associate the long and short sounds with the common spellings (graphemes) for the five major vowels.

RF.K.2d Isolate and pronounce the initial, medial vowel, and final sounds (phonemes) in three-phoneme (consonant- vowel-consonant, or CVC) words.1 (This does not include CVCs ending with /l/, /r/, or /x/.)

RF.K.3d Distinguish between similarly spelled words by identifying the sounds of the letters that differ.

Pair the picture cards by pictures that differ by one letter.

Show the student one of the picture cards and have them use the letter feathers to spell the word on the turkey’s tail. Show them the paired picture card and ask the student to change the word to another, for example cat to bat.

This Thanksgiving Turkey Math Learning Center includes the following in both a color version AND a black and white version (black and white pages can be printed on colored paper to save ink):

Practice number sense by writing a number on each turkey. Students must put the correct number feather, dot feather, and tally mark feather on each turkey or leave the turkeys blank and require students to sort the feathers.

Use it to assess or practice common core state standard K.CC.A.2: Count forward beginning from a given number within the known sequence (instead of having to begin at 1). Simply place the beginning number of your choice’s feather in the turkey’s tail on the left side. The student must sequence the next 5 numbers by choosing the correct numbered feathers. The beginning number can be changed again and again.

Assess and/or practice common core standards K.CC.B.4 & K.CC.B.5 (count to tell the number of objects). Place feathers on the turkey’s tail and have the student count the feathers and tell you how many or choose the correct number from a group of numbers or a group of the numbered feathers. Option 2: Place numbers on the turkeys and have students place the correct number of feathers on each turkey.

Assess and/or practice patterns by placing a few feathers on a turkey’s tail in a pattern. Have the student continue the pattern or do the same pattern on a turkey of their own.

The following kindergarten common core standards can be practiced with this center as well:

• CCSS.Math.Content.K.OA.A.4 For any number from 1 to 9, find the number that makes 10 when added to the given number, e.g., by using objects or drawings, and record the answer with a drawing or equation.

• CCSS.Math.Content.K.OA.A.5 Fluently add and subtract within 5.

Practice addition, subtraction, multiplication, and division by creating equations on the turkey's tail leaving out a number which the student must supply. For example, 2 + 1 = , 8 - = 6, x 2 = 10, etc.

The following common core state standards for grade 1 and up can also be practiced using this learning center:

• CCSS.Math.Content.1.NBT.B.3 Compare two two-digit numbers based on meanings of the tens and ones digits, recording the results of comparisons with the symbols >, =, and <.