The Acropolis with Google Earth Tours 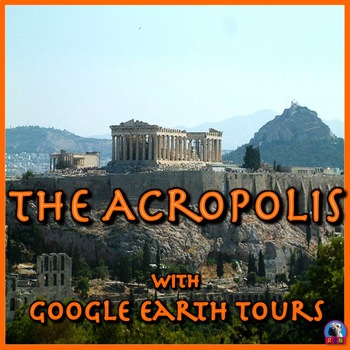 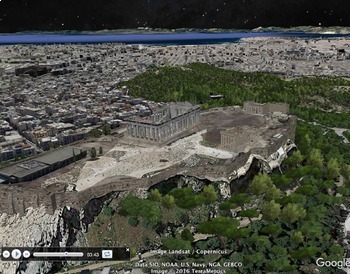 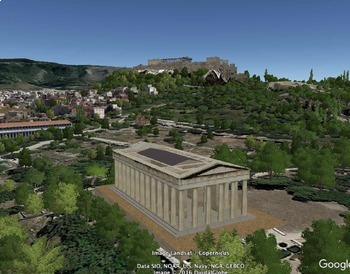 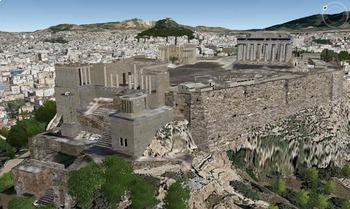 Tour The Acropolis of Athens, Greece with Google Earth Tours

Make a virtual field trip to one of the world’s most ancient landmarks; the Acropolis. You will be using Google Earth to watch a pre-recorded tour of the four famous structures that sit atop the Acropolis. Learn all about the Parthenon, the Temple of Athena Nike, the Erechtheum and the Propylaea. The trip lasts for 5 minutes and 38 seconds.

You will also visit four other edifices that have neighbored the Acropolis for millennia: the Theatre of Dionysus, the Odeon Herodes Atticus, the Temple of Olympian Zeus, and the Temple of Hephaestus.

The product includes a document of about 55 talking points and interesting facts about the ancient Greek site and it’s buildings.

The old museum is in the foreground. If you look to the right of the museum a little bit you can make out a flag rising up from the edge of the Acropolis.

It is said that when the Nazis took over Athens during WWII, they ordered a Greek soldier who was guarding the flag to take it down. He took it down, wrapped himself in the flag, and jumped over the side of the precipice to his death in a personal protest.”

The tour begins with a view of Europe from outer space. You are then zoomed in to the site’s locations to see it from a variety of different viewpoints. The angles are chosen so the students can get a good idea of the four structures’ locations, as well as, their physical relationships to each other in their setting. Finally, you are taken back out to a long shot of Europe.

Check out all of my PowerPoints on this Pinterest board.

The cover photo is by Salonica84 and has a Creative Commons license. The photo can be found @ https://commons.wikimedia.org/wiki/File:Acropolis-Athens34.jpg