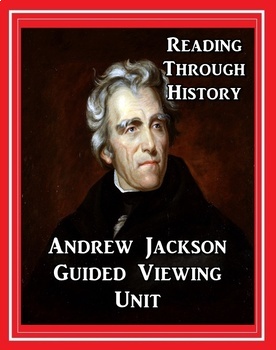 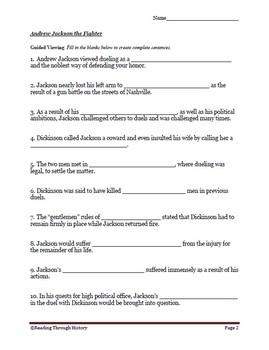 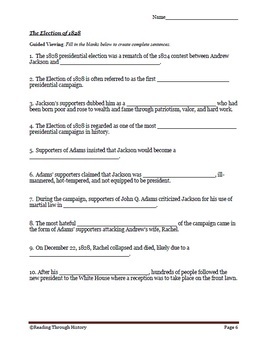 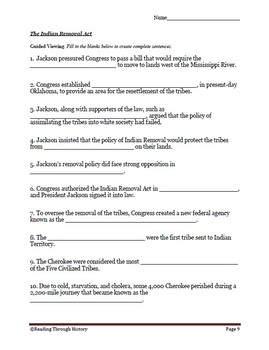 This is the Guided Viewing series which accompanies our Andrew Jackson bundle. The videos are available on our Youtube channel here: The Age of Jackson

This video series is available for free to anyone who wishes to implement it in their classrooms. If you want to reinforce what you have taught or need to cover Andrew Jackson in matter of two or three days, this guided viewing activity will cover everything students need to know.

Video 5 - The Election of 1824 and the Corrupt Bargain

Video 11 - The Legacy of Andrew Jackson

Total Pages
11 pages
Answer Key
Included
Teaching Duration
3 hours
Report this Resource to TpT
Reported resources will be reviewed by our team. Report this resource to let us know if this resource violates TpT’s content guidelines.