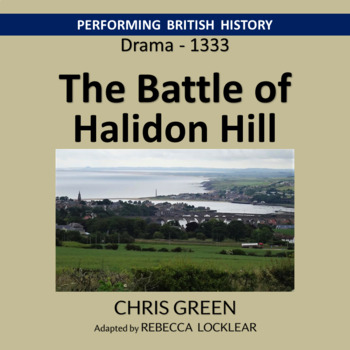 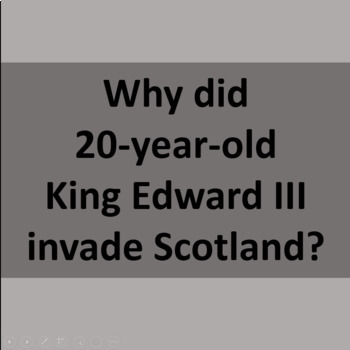 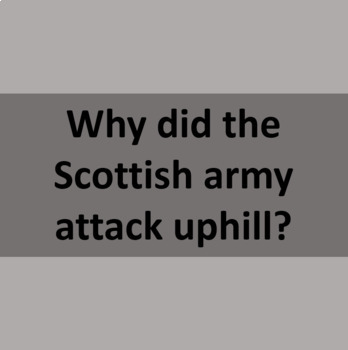 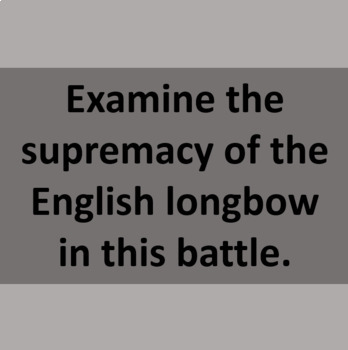 How did a town in Scotland defend itself in a siege but end up losing a battle?

The extensive background information is serious; BUT the skit is showcased in a light-hearted way with toy bows and arrows. This is because "The Battle of Halidon Hill" was first performed as street drama in the English town where the battle took place. The purpose is to show HOW the battle was actually fought on the hill.

WHERE IS THIS SKIT USED?

NOTE: The Great Siege and The Battle of Halidon Hill (both by Chris Green) are written in totally different styles; but they are linked because the siege happened before the battle.

✦ ✦ ✦Would you like to see photos of the place in England? Find out how I did the research by going to my website RIGHT HERE.

✦ FOLLOW ME ⭐ on TpT for news bits and sales!

© Rebecca Locklear. For single use only.

****NOTE: Someone has to play the role of the king, but otherwise, as per TpT policy, the characters are made up. There is also no negative impact on any individual or group since all of this is in the public domain.