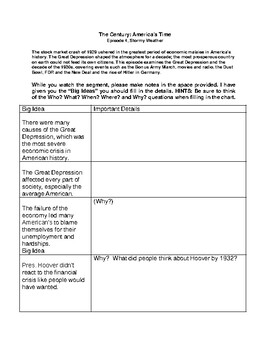 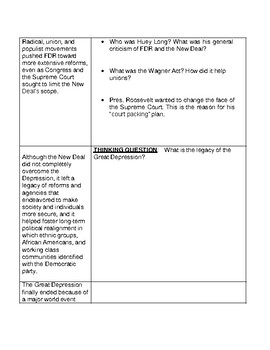 This is a big idea viewing guide to compliment The Century: America's Time Episode 4, Stormy Weather.

The stock market crash of 1929 ushered in the greatest period of economic malaise in America's history. The Great Depression shaped the atmosphere for a decade; the most prosperous country on earth could not feed its own citizens. This episode examines the Great Depression and the decade of the 1930s, covering events such as the Bonus Army March, movies and radio, the Dust Bowl, FDR and the New Deal and the rise of Hitler in Germany.

This guide is used to used to help students focus on the big ideas critical to the 1930's.