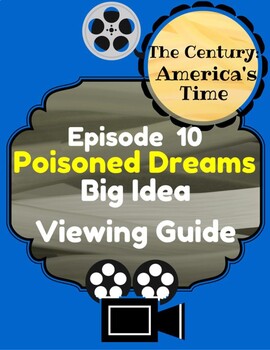 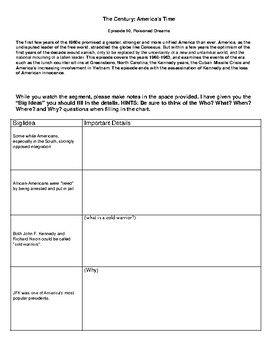 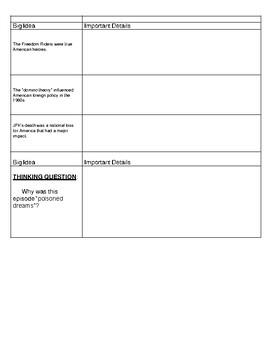 This is a big idea viewing guide to compliment The Century: America's Time Episode 10, Poisoned Dreams.

The first few years of the 1960s promised a greater, stronger and more unified America than ever. America, as the undisputed leader of the free world, straddled the globe like Colossus. But within a few years the optimism of the first years of the decade would vanish, only to be replaced by the uncertainty of a new and unfamiliar world, and the national mourning of a fallen leader. This episode covers the years 1960-1963, and examines the events of the era such as the lunch counter sit-ins at Greensboro, North Carolina, the Kennedy years, the Cuban Missile Crisis and America's increasing involvement in Vietnam. The episode ends with the assassination of Kennedy and the loss of American innocence.

This guide provides the big ideas for the students and requires them to identify the details that support the big ideas in a graphic organizer.

Thanks for looking! Other Episode guides are in my shop!