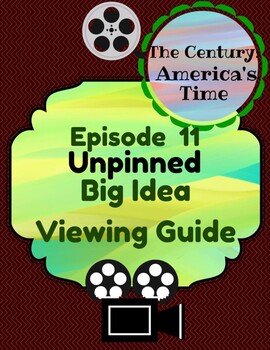 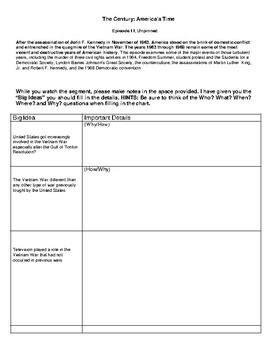 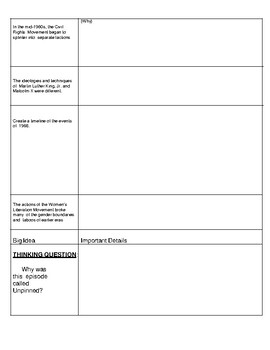 This is a big idea viewing guide to compliment The Century: America's Time Episode 11, Unpinned

After the assassination of John F. Kennedy in November of 1963, America stood on the brink of domestic conflict and entrenched in the quagmire of the Vietnam War. The years 1963 through 1968 remain some of the most violent and destructive years of American history. This episode examines some of the major events of those turbulent years, including the murder of three civil rights workers in 1964, Freedom Summer, student protest and the Students for a Democratic Society, Lyndon Baines Johnson's Great Society, the counterculture, the assassinations of Martin Luther King, Jr. and Robert F. Kennedy, and the 1968 Democratic convention.

This guide provides the big ideas for the students and requires them to identify the details that support the big ideas in a graphic organizer.

Thanks for looking! Other Episode guides are in my shop!