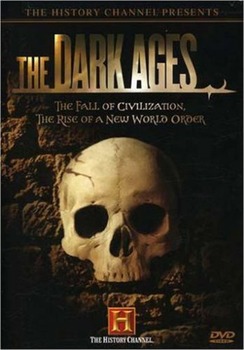 A video guide to the History Channel's documentary The Dark Ages. It was originally designed for middle school students but could work for older students as well. I have used it in my seventh grade class for the past few years without any problems, but I would not use it with any younger grades. There is some violence depicted, which is probably hard to avoid in an accurate documentary about the Dark Ages. If you want to avoid the worst violence I recommend skipping chapter 10 on the DVD (& questions 17,18, and 19 on the guide).

The guide has twenty-two questions total - about one question every four minutes.

I try to pick important information for the questions and space them out so students must pay attention but do not have to write so much that they can't enjoy the video.

The Dark Ages is available on Amazon or can be purchased on iTunes.

If you like this, you may also like:
Black Death
Black Death Worksheet
The Fall of Rome
The Fall of Rome Worksheet
Heraldry-Coat of Arms Presentation
Heraldry-Coat of Arms Worksheet
Joan of Arc
Medieval Weapons
Medieval Weapons Worksheet
Norse Mythology
Norse Mythology Worksheet
The Plague Video Guide
Vikings
Total Pages
4 pages
Answer Key
Included
Teaching Duration
90 minutes
Report this Resource to TpT
Reported resources will be reviewed by our team. Report this resource to let us know if this resource violates TpT’s content guidelines.