The Debate with Cultural Identity Politics: Practice with Synthesis 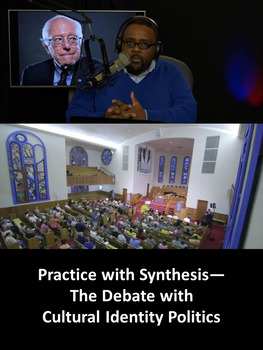 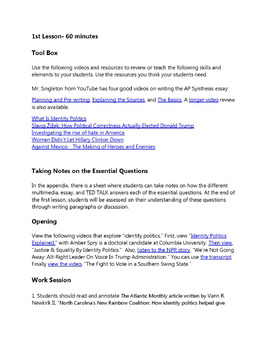 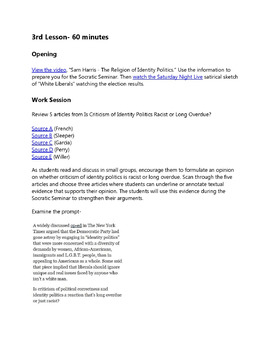 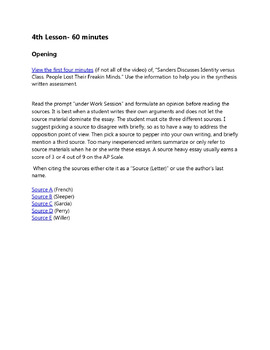 In a recent New York Times op-ed entitled, “The End of Identity Liberalism,” Mark Lilla argued that the Democratic Party lost the 2016 Presidential election by engaging in “identity politics.” Bernie Sanders adds that the Democratic Party could not reach out to the working class. Is criticism of political correctness and identity politics a reaction that’s long overdue or just racist?

Students will view supporting video and audio clips on understanding the argument. Included are video interviews with Bernie Sanders, several university professors, Jorge Ramos of Univision, an expose on the North Carolina Gubernatorial race and an NPR interview with Richard Spencer, a white nationalist who coined the term "alt-right."

Students will view the TED Talk, “The Politics of Fiction,” which explores identity politics. Included is a link to a Saturday Night Live skit on Election Night that spoofs White liberals, and features Dave Chappelle and Chris Rock. The students will also read Mark Lilla’s op-ed and a rebuttal to the op-ed and will debate which piece has the better claim and use of evidence.

The lessons feature a synthesis prompt on several pieces from The New York Times Room for Debate and the issue of identity politics. Students will work on crafting an argumentative thesis sentence. There are instructions and strategies included on how to teach a rhetorical précis and the Socratic Seminar.


Total Pages
19 pages
Answer Key
Rubric only
Teaching Duration
4 days
Report this Resource to TpT
Reported resources will be reviewed by our team. Report this resource to let us know if this resource violates TpT’s content guidelines.