The Epic of Gilgamesh 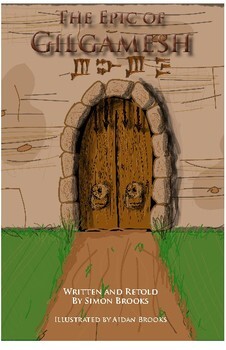 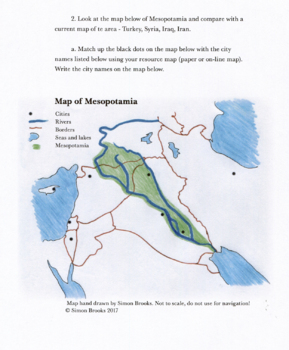 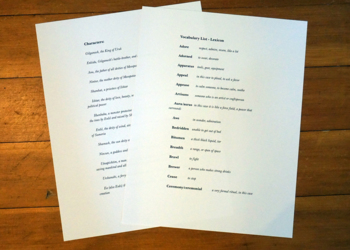 Although the Sumerian epic of Gilgamesh was written on clay tablets around 4,500 years ago, those clay fragments were not known to the Western World until the mid 1800’s by the English archaeologist Austen Henry Layard, the first translation being made in 1870’s by George Smith. This amazing story is often taught at sixth grade level and into high school and college. The content of the tale is brutal in places, and there are sections which include sex. Some versions of the story for middle and high schools are greatly simplified, have important sections removed and parts added.

As both my own children read and studied the epic at school, as a storyteller I found the versions they were learning from fell short and were inaccurate. Working with Social Studies and Language Arts teachers (and my, then, eleven year daughter) In 2017 I created an authentic retelling of Gilgamesh and a number of activities for use in the classroom.

The PDF is available here on Teachers Pay Teachers. I recorded an audio version of the story which, in 2018, was given a Gold Award from Parent’s Choice. Told in an exciting and engaging way, it is designed to draw students in and make them interested in not just this epic, but to encourage young people to find other epics and sagas such as Beowulf, the Iliad, the Volsungs and others. It has been called one of the most accessible retellings of Gilgamesh.

Log in
to see state-specific standards (only available in the US).
CCSSWHST.6-8.9
Draw evidence from informational texts to support analysis, reflection, and research.
CCSSWHST.6-8.8
Gather relevant information from multiple print and digital sources, using search terms effectively; assess the credibility and accuracy of each source; and quote or paraphrase the data and conclusions of others while avoiding plagiarism and following a standard format for citation.
CCSSWHST.6-8.7
Conduct short research projects to answer a question (including a self-generated question), drawing on several sources and generating additional related, focused questions that allow for multiple avenues of exploration.
CCSSWHST.6-8.2d
Use precise language and domain-specific vocabulary to inform about or explain the topic.
CCSSWHST.6-8.1b
Support claim(s) with logical reasoning and relevant, accurate data and evidence that demonstrate an understanding of the topic or text, using credible sources.
Total Pages
68 pages
Answer Key
N/A
Teaching Duration
N/A
Report this Resource to TpT
Reported resources will be reviewed by our team. Report this resource to let us know if this resource violates TpT’s content guidelines.