The Goldfish Pool and Other Stories by Neil Gaiman Assignment 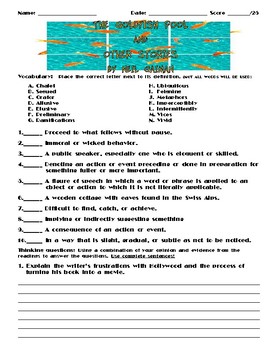 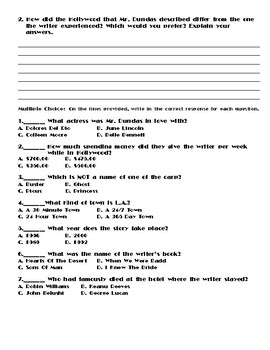 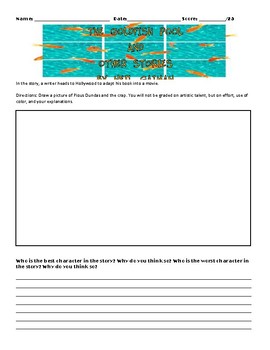 (933 KB|5 pages)
Product Description
Smoke and Mirrors: Short Fictions and Illusions is a collection of short stories and poems by Neil Gaiman. It was first published in the United States in 1998, and in the United Kingdom in 1999.


The Goldfish Pool and Other Stories
In the story the narrator is a young writer brought to LA to write a treatment based on his novel. He stays at a rundown hotel, the one in which (as every person he meets rushes to tell him) John Belushi died, and has endless meetings with a comically ever-shifting roster of movie execs who tell him how to fix his story with stranger and stranger results. Meanwhile, he talks to the hotel’s groundskeeper about old Hollywood stars, works on a story about stage magicians and two particular magic tricks he finds fascinating, has strange dreams, and takes walks near the carp pond outside the hotel. (Wikipedia)