The Industrial Revolution: The Struggle is Real 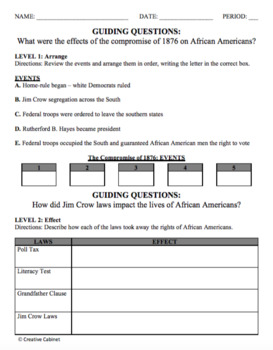 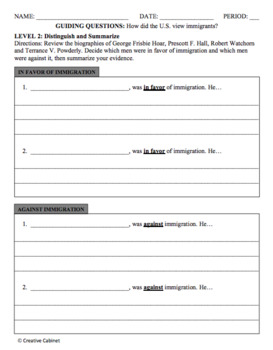 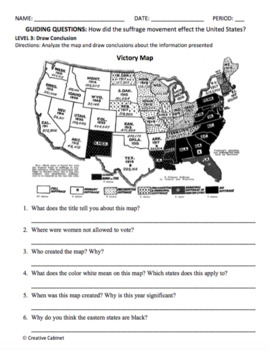 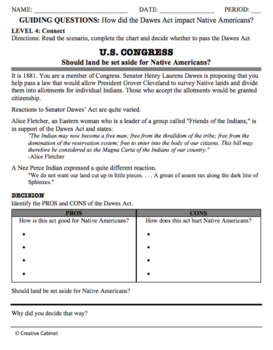 In this unit, students will learn about the struggles of African Americans, Immigrants, Native Americans and Women. For each group of people an informational reading and four biographies are provided. In addition, four leveled tasks are offered to support the following standards:

7.4.4.20.2: Analyze the consequences of economic transformation on migration, immigration, politics and public policy at the turn of the twentieth century.

7.4.4.20.4: Analyze the effects of racism and legalized segregation on American society, including the compromise of 1876, the rise of “Jim Crow”, immigration restriction, and the relocation of American Indian Tribes to reservations.

7.4.4.20.5: Describe the strategies used by suffragists in their campaigns to secure the right to vote; identify the Nineteenth Amendment.

2. Immigrants Struggle in America
• LEVEL 1 Guiding Question: How did the U.S. change as a result of immigration from 1870 to 1920? TASK: Identify the answers to the prompt
• LEVEL 2 Guiding Question: How did the U.S. view immigrants? TASK: Review the biographies of George Frisbie Hoar, Prescott F. Hall, Robert Watchorn and Terrance V. Powderly and decide which men were in favor of immigration and which men were against it, then summarize your evidence
• LEVEL 3 Guiding Question: What was life like for immigrants? TASK: Compare and contrast Ellis and Angel Islands, identifying similarities and differences
• LEVEL 4 Guiding Question: What was the Chinese Exclusion Act? TASK: Connect with the text by reading the scenario, completing the chart and deciding whether to pass the Chinese Exclusions Act

Total Pages
43 pages
Answer Key
Included
Teaching Duration
4 days
Report this Resource to TpT
Reported resources will be reviewed by our team. Report this resource to let us know if this resource violates TpT’s content guidelines.