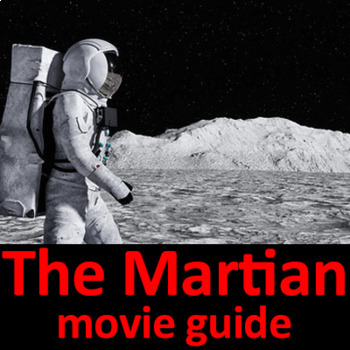 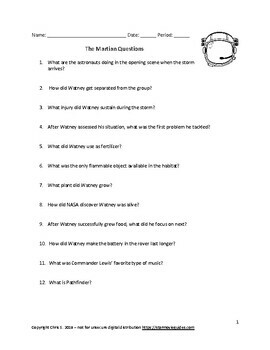 The Martian movie questions (released 2015) help keep students engaged throughout the film by providing 25 questions for them to answer to keep them on track. The Martian worksheet comes with a key that has suggested answers provided at the end.

The Martian Movie Guide follows as astronauts blast off from the planet Mars and they leave behind Mark Watney, presumed dead after a fierce storm. With only a meager amount of supplies, the stranded visitor must utilize his wits and spirit to find a way to survive on the hostile planet. Meanwhile, back on Earth, members of NASA and a team of international scientists work tirelessly to bring him home, while his crew mates hatch their own plan for a daring rescue mission.