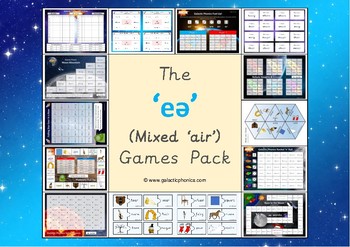 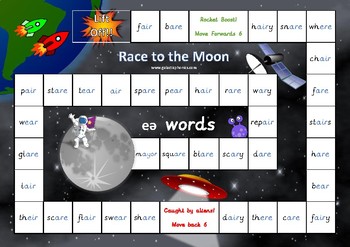 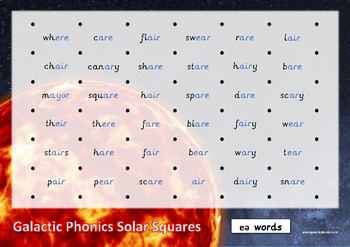 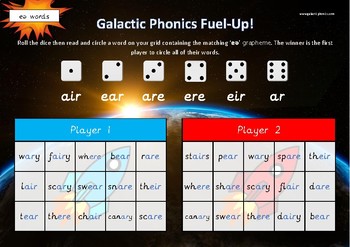 A set of games to revise and consolidate the various ways of making the 'air' sound (eə). Each game covers a range of eə (air) graphemes including:

♦ Jigsaw Puzzle (match the pictures with the words)

♦ Falling Star Four in a Row (2-player, read the words and try to get four in a row)