The Outsiders: If Johnny Cade Went to Trial 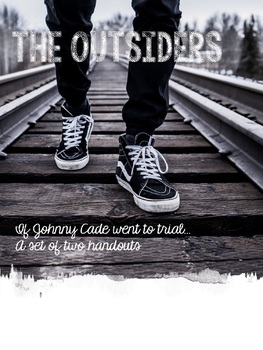 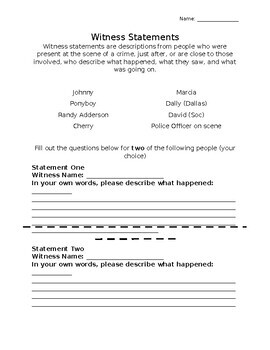 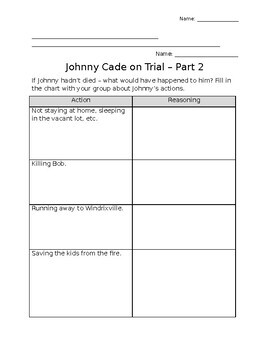 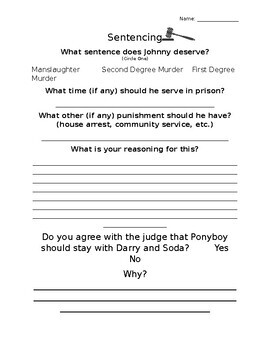 What would have happened if Johnny Cade had gone to trial for killing Bob? Would saving the children from the fire influence the harshness of his punishment? Would it be considered manslaughter? Second-degree murder? First-degree murder?

Engage your students with this thought experiment on what would have happened if Johnny went to trial. This can be used immediately after reading chapter 4, then again after chapter 6, or at the end of the novel.

Log in to see state-specific standards (only available in the US).
CCSSRL.8.3
Analyze how particular lines of dialogue or incidents in a story or drama propel the action, reveal aspects of a character, or provoke a decision.
CCSSRL.8.1
Cite the textual evidence that most strongly supports an analysis of what the text says explicitly as well as inferences drawn from the text.
Total Pages
N/A
Answer Key
N/A
Teaching Duration
1 hour
Report this Resource to TpT
Reported resources will be reviewed by our team. Report this resource to let us know if this resource violates TpT’s content guidelines.

Teachers with Books and Cleverness

9 Followers
Follow
More products from Teachers with Books and Cleverness