The Road to Revolution - supplemental text 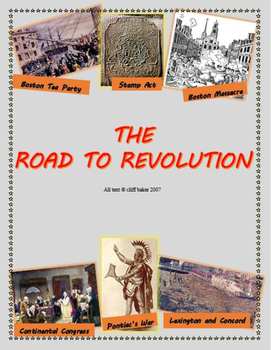 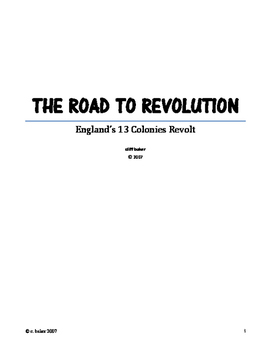 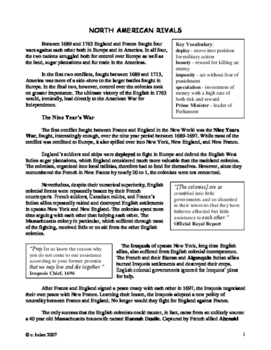 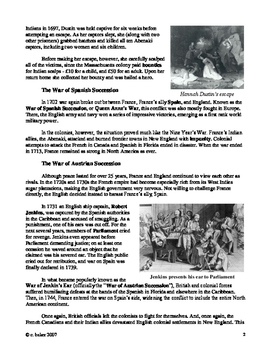 106 Followers
Follow
More products from Ye Olde US History Emporium
$6.00
Digital Download
Report this resource to TpT
Product Description
In less than twelve years, the 13 colonies went from firm allegiance to the English crown to open, armed rebellion. This text examines the circumstances and events which led the 13 colonies to split from their mother country. It begins with the French and Indian War and culminates with the battles at Lexington and Concord and the Second Continental Congress.

Students will learn the actions and reactions of the colonies and England, the conflicting economic and political theories between the two sides upon which the dispute was based, and the motivation, both noble and selfish, which fueled the colonists’ actions. This is a “warts and all” examination of this period of history, as it pulls no punches telling the true human story of this decade of rising tension between the colonies and England; it is a story of heroes and villains, pointing out that it not always so easy to tell the two apart.

This 35 page text is divided into seven chapters: “North American Rivals," "The English Colonies in 1763," “The Proclamation of 1763,” “A Firestorm Over taxes," “The Boston Massacre," “The Boston Tea Party," and "The Shot Heard Round the World" from my textbook “We Take Nothing by Conquest”.

These chapters are also included as part of a complete and comprehensive unit on the Road to Revolution. That complete unit includes not only this text but also inquiry based study guides, PowerPoints, activities, assessments and projects designed to accompany the text, along with a Teacher’s Guide for using all of the materials

For more like this, visit my store: Ye Olde US History Emporium