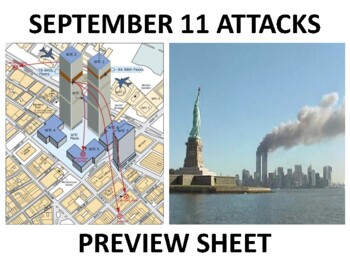 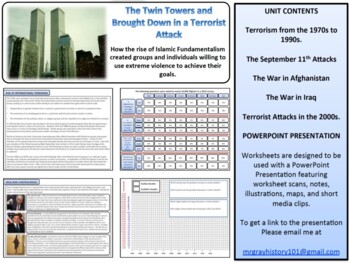 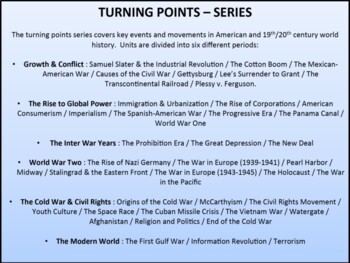 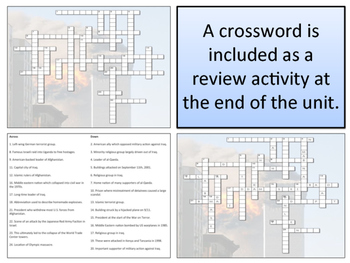 This series charts the history of the United States during the 19th and 20th centuries by focusing on important events or movements in American history looking at their causes and consequences. All lessons are designed to take between one and two weeks depending on their length.

This unit will teach students about the causes, events, and consequences of the attacks of September 11th, 2001.

3 - The War in Afghanistan

5 - Terrorist Attacks in the 20th Century

Please click on the links below for additional units in the Turning Points series covering the history of the United States from the early 1800s to turn of the 21st century.

Causes of the Civil War

The Battle of Gettysburg

Imperialism & The Scramble for Africa

The Rise of Nazi Germany

The Battle of Midway

Origins of the Cold War

Rock & Roll and the Baby Boom

The End of the Cold War

Please follow me on the sites below for images of student work, information on upcoming materials, and resources you can use in your classroom.