'The Sewer King' Wrksht to support the BBC TV Documentary 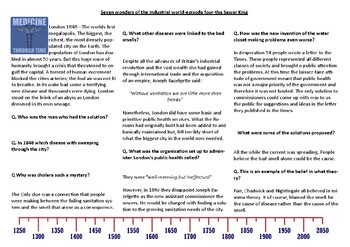 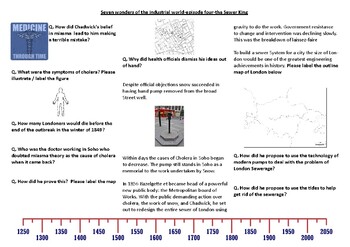 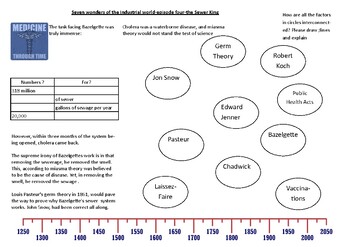 Worksheet to support the BBC TV Documentary on Joseph Bazelgette from the series: Seven Wonders of the Industrial World.

Students to watch and work through the tasks or set as an independent / flipped learning task.

Set in London during the 1850s, this episode focusses on the construction of the London sewerage system, built to replace the antiquated medieval system that was overworked and inadequate for the needs of the then-largest metropolis in the world, causing epidemics of disease and a permanent foul stench to fill the air also known as the Great Stink. The episode follows the efforts and work of Joseph Bazalgette, the brilliant engineer who designed the influential and modern sewer system that would purify the city, transform the streets above and would result in the end of the epidemics of cholera and typhoid that had ravaged the population—although, ironically not for the reasons that he initially thought.

Total Pages
3 pages
Answer Key
Not Included
Teaching Duration
50 minutes
Report this Resource to TpT
Reported resources will be reviewed by our team. Report this resource to let us know if this resource violates TpT’s content guidelines.