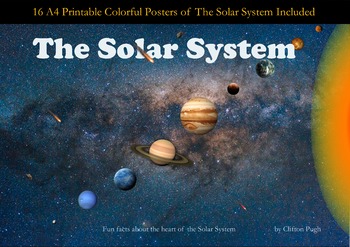 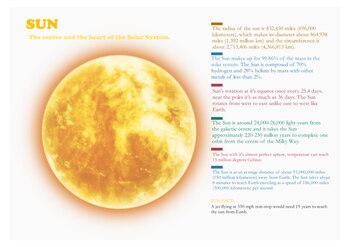 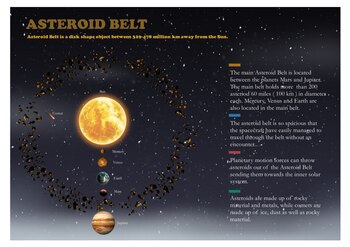 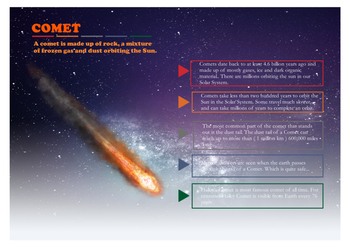 The Solar System is colorfully pack with 16 A4 beautiful put together bundled posters and a PDF full of fun facts about the objects in the sky that is apart of our Solar System. Your students will be amazed at the colorfully constructed posters that has been well-organized. Kid's will enjoy all aspects of these breathtaking pictures of deep space exploration with facts that will keep them engaged the whole while long. The Solar system package was put together to give children some basic facts about the Sun and the objects that orbits the sky, small or large as in the eight planets. Pluto was also included in this lesson plan as the dwarf planet that your students will take interest in as well. (After all Pluto is a part of our galaxy). The Solar System packet I put together includes the planets; comet, asteroid, asteroid belt, the moon and the moon phases. Let's not forget the most important heart of it all, the Sun!