The Start of the Cold War; PowerPoint Document Based Questions 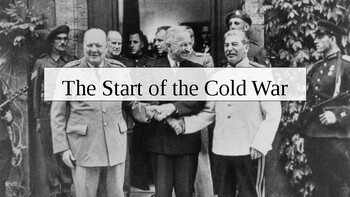 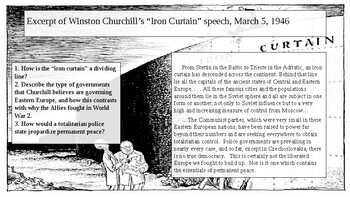 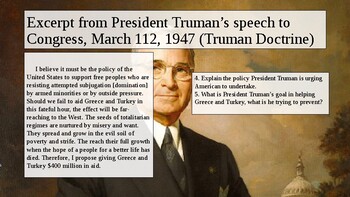 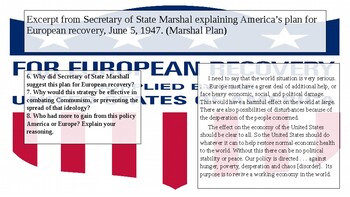 Within this PowerPoint are nine slides containing eight primary source documents regarding the start of the Cold War.

6.) Excerpt Soviet Premier Nikita Khrushchev 1956 speech in which he explains his view of American actions.

7.) Excerpt from President John F. Kennedy’s speech on the presence of missiles in Cuba

The PowerPoint was intended to be used with Peardeck which is an interactive slide software that I use in my classroom.

Within the PowerPoint are 17 questions ranging from DOK 1-3.

**If any formatting issues exist, manipulate the font size to meet your needed requirements**

Total Pages
9 pages
Answer Key
Not Included
Teaching Duration
N/A
Report this Resource to TpT
Reported resources will be reviewed by our team. Report this resource to let us know if this resource violates TpT’s content guidelines.