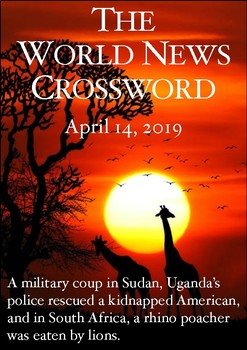 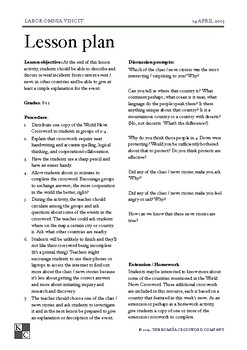 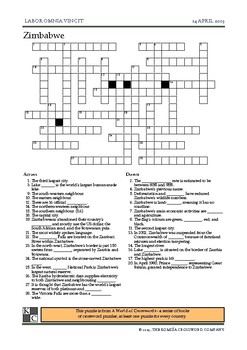 An 8-page downloadable PDF that includes a one-page crossword on the events of last week's news. There are 3 bonus crosswords: Kenya, Lesotho, and the Central African Republic.

So, what did happen around the world last week? A military coup in Sudan, Uganda’s police rescued a kidnapped American, Tanzania announced a ban on single-use plastic bags, Rwanda's President pardoned hundreds of women prisoners, and in South Africa, a rhino poacher was eaten by lions. Animals were moved from a zoo in Gaza to Jordan, a cassowary killed its owner in Florida, and about 100 whales were released from their cramped confinement in Russia.