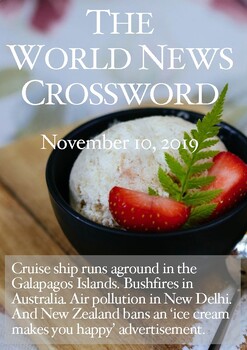 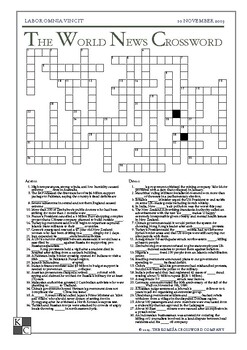 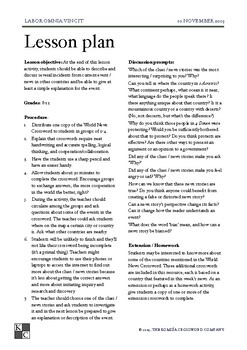 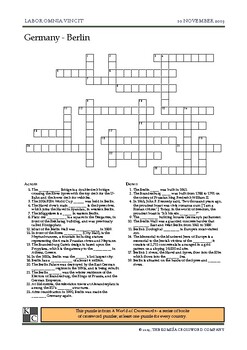 The An 8-page PDF that begins with a one-page crossword based on the events of last week's news. This is an excellent activity students in Grades 8-12 who want to learn about their world. There is a detailed lesson plan to guide teachers (or substitute teachers) through the activity and there are 3 more crosswords each targeting countries or events or people that featured in the week's news.

What happened in the world?

A volcano erupted in Japan and there were earthquakes in Samoa and Iran.

And, hold onto your seats from this world-breaking news... the New Zealand Advertising Standards Authority called an advertisement with the text 'Ice Cream makes U happy' extremely irresponsible (not because You is written with a 'U', but because of obesity and mental health issues in New Zealand. (The thing is, ice cream makes me happy. What about U?)

Three bonus puzzles this week are about: Germany - Berlin, Brazil, and the environmental activist, Wangari Maathai.