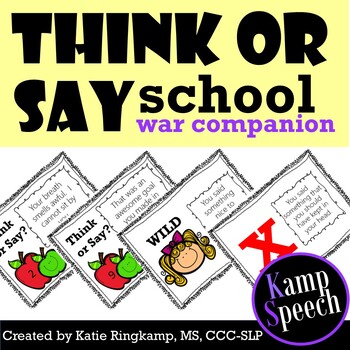 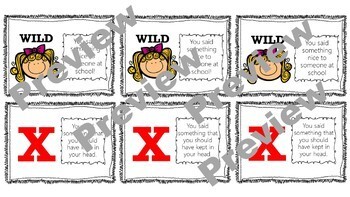 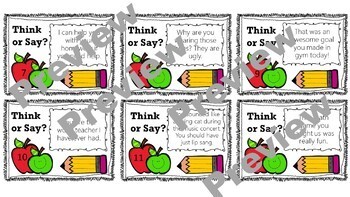 6 Create your own Think or Say playing cards

**Each player should keep their cards in a pile (faced down)

-Read the statement on each card and ask whether each statement would be appropriate to say out loud or if it is statement that should be kept in your head. Talk about the feelings of others if the statement were to be said out loud.

-The person with the highest number on their card gets all of the played cards for that round.

-The person with the most cards at the end of the game wins!