Tiger Pride: Round to the Nearest Hundred (Game 1) 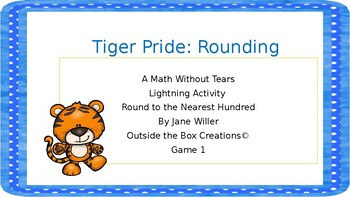 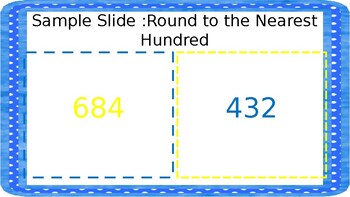 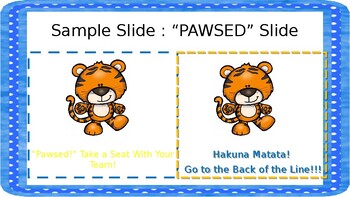 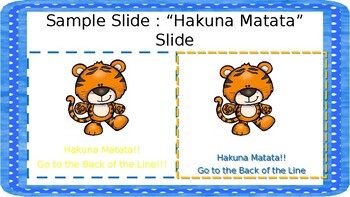 Do your students need a brain break while review break while practicing their rounding skills?

This is a new and exciting lightning team-based game in which students compete against each other while practicing their rounding skills. Who will win? Team Gold or Team Blue ? In the first game of Rounding to the the Nearest Hundred, two teams compete to see who will remain standing

*For this version the students put the closest hundred below the number.

If the player lands on a PAWSED card they have a seat with their teammates.

If a player lands on a Hakuna Matata they can go to the back of the line.

If a player lands on In the Jungle, they can recall a teammate to their line or take a player from the opposing team and put them on their team!!!

The goal is to get better at Rounding.

Log in to see state-specific standards (only available in the US).
CCSS4.NBT.A.3
Use place value understanding to round multi-digit whole numbers to any place.
Total Pages
80 pages
Answer Key
N/A
Teaching Duration
30 minutes
Report this Resource to TpT
Reported resources will be reviewed by our team. Report this resource to let us know if this resource violates TpT’s content guidelines.

35 Followers
Follow
More products from Outside the Box Creations