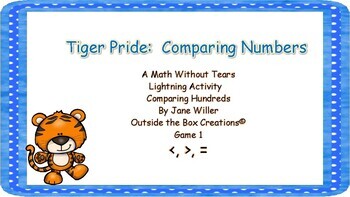 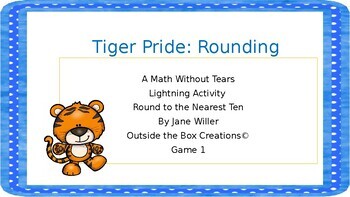 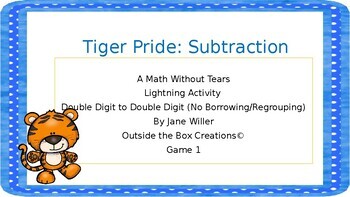 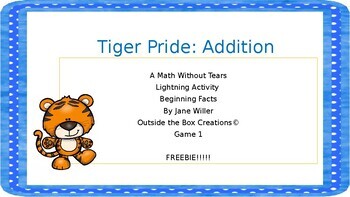 Outside the Box Creations
79 Followers
Follow
Compatible with Easel Activities
Some resources in this bundle can be made into interactive versions that students can complete on any device. Easel is free to use! Learn more.

Products in this Bundle (56)

Do your students need a brain break while review break while practicing their Math Skills?

This is a new and exciting lightning team-based game in which students compete against each other while practicing their Second Grade Math Skills. Who will win? Team Gold or Team Blue ? This bundle includes the following:

My RTI kids beg to play this over and over again! The teachers at my school beg for this game for their own kids.

Log in
to see state-specific standards (only available in the US).
CCSS2.OA.B.2
Fluently add and subtract within 20 using mental strategies. By end of Grade 2, know from memory all sums of two one-digit numbers.
CCSS2.OA.A.1
Use addition and subtraction within 100 to solve one- and two-step word problems involving situations of adding to, taking from, putting together, taking apart, and comparing, with unknowns in all positions, e.g., by using drawings and equations with a symbol for the unknown number to represent the problem.
CCSS2.NBT.B.9
Explain why addition and subtraction strategies work, using place value and the properties of operations.
CCSS2.NBT.B.8
Mentally add 10 or 100 to a given number 100–900, and mentally subtract 10 or 100 from a given number 100–900.
CCSS2.NBT.B.7
Add and subtract within 1000, using concrete models or drawings and strategies based on place value, properties of operations, and/or the relationship between addition and subtraction; relate the strategy to a written method. Understand that in adding or subtracting three-digit numbers, one adds or subtracts hundreds and hundreds, tens and tens, ones and ones; and sometimes it is necessary to compose or decompose tens or hundreds.