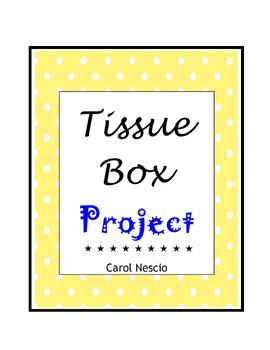 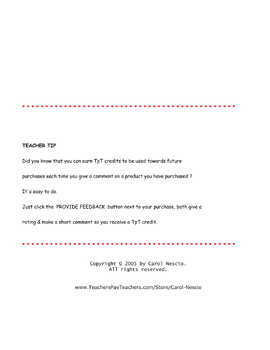 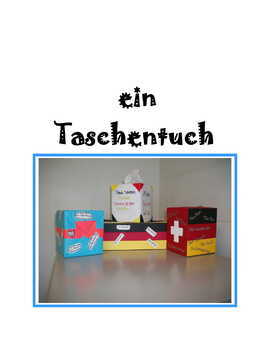 "A plain white handkerchief is the sure sign of a confident and elegant dresser."

Plain white handkerchiefs may not be what our students are carrying around school every day, but they are well acquainted with its substitute - that disposable paper tissue which - almost - replaced it.

A good project for a back-to-school vocabulary review which allows your students to show off their creativity is the tissue box project, perfect for German 2 or higher at the start of school.

I start with a short overhead explaining the history of handkerchiefs, which evolved into the disposable paper tissue we frequently use today.

your hanky was larger than the king's ?!!

Just as 'Do you have a kleenex?' has taken a brand name and used it generically, the same thing happened in Germany: Hast du ein Tempo für mich?

1. A 7-page introductory overhead with a brief history of hankies and the advent of the disposable paper tissue

2. Project instruction sheet 1 with a rubric

3. Project instruction sheet 2 with a rubric

4. Project instruction sheet 3 with a rubric

* Each instruction sheet offers different criteria to decorate the box, depending on what you want your students to focus on and which can be changed to reflect your own criteria, if you wish. *

5. Photos of some wonderful student samples.

This is an easy-to-implement, out-of-classroom project which I usually assign the first week of school. I allow at least two weekends so students have time to do a nice job and, upon turning them in, I have a supply of tissues in beautifully decorated boxes for the whole year.

All items are ready-to-use to make your job easier. (11 pages)

Why not talk about good manners in Germany, too ? Many are explained in

If you get the sniffles in Germany, you'll be needing ein Tempo for sure.

Some very charming videos have been done by an American teenager during his stay in Germany. Sam Walton has a delightful and refreshing way of looking at 'Life In Germany' - the name of his series.

Here's his video on 'Apotheken'.

* German Baby * Names .. It's free ~ Most students like the cachet of having a special German name for German class ~ here are some easy-to-use, A to Z lists for them to choose from ..

* Word Wise Vocab * Pac For German .. Perfect for expanding the vocabulary of your AP German students. ..