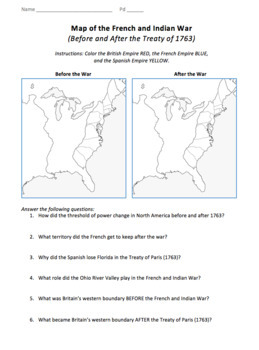 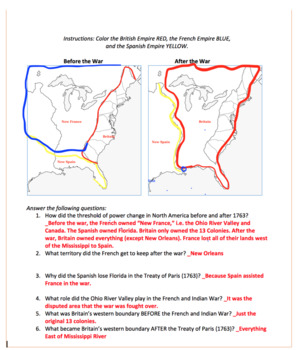 This is a great resource students can use to visualize the layout of the North American continent before and after the Treaty of Paris (1763). Students will color the maps as they appeared before and after that crucial treaty. There are practical and essential questions as well for students to answer below. Note: This resource is also available in the following notes packet:

Total Pages
1 + Key
Answer Key
Included
Teaching Duration
1 hour
Report this Resource to TpT
Reported resources will be reviewed by our team. Report this resource to let us know if this resource violates TpT’s content guidelines.