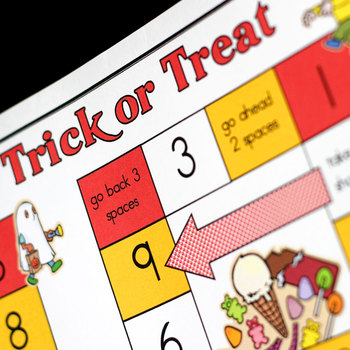 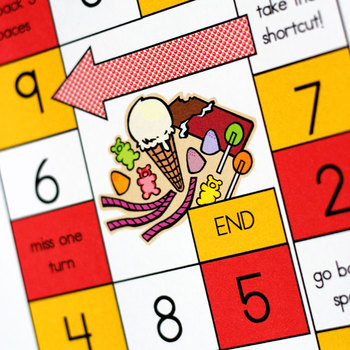 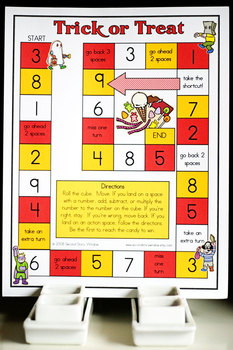 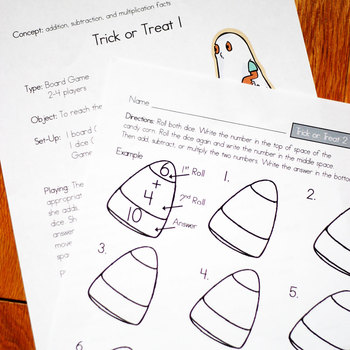 Quick recognition of basic math facts is one of the best skills a child can develop. Being able to quickly recall the facts will help them as they progress into more difficult math problems. It is one of many strategies a student can rely on for solving problems.

In Trick or Treat, students roll a dice and use the number shown with the square they land on to create and quickly solve a math problem. One wins the game by being the first to reach the candy at the end of the board. The great part about this game is it works for several different levels. This game can be played using addition, subtraction or multiplication. Also, several players on different levels can play the same game, each using the area that they need to practice. For example, a first grade student and a third grade student could play together. The first grade student could use addition throughout the game while the third grade student could use multiplication.

This game includes a colorful game board. As an extra bonus, with Trick or Treat you also receive a special skill sheet to give your student additional practice with math facts. Also included are instructions for turning the game into a file folder game.

*Also included: rules and skill sheet for playing the game with two dice for larger numbers.*