US Government: Checks and Balances / Separation of Powers Scenarios 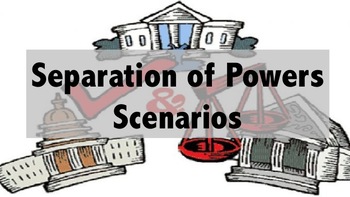 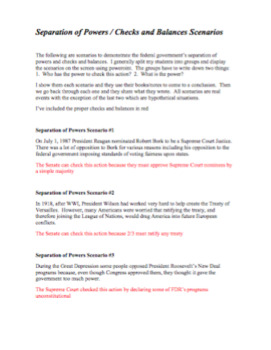 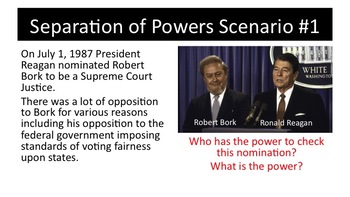 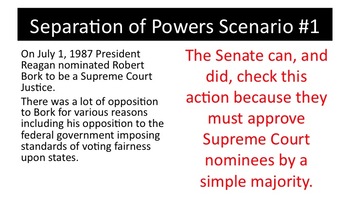 This document includes 10 scenarios that demonstrate the federal government’s separation of powers and checks and balances. Eight of the scenarios are actual historical events that happened in our government, the other two are hypothetical situations. The scenarios come from a variety of time periods in our nation's history (Washington, Wilson, FDR, Raegan, Clinton, Bush & Obama administrations)

I generally split my students into groups and display the scenarios on the screen using poweroint. The groups have to write down two things: 1. Who has the power to check this action? 2. What is the power?

I have also included a powerpoint file that goes through each scenario one time and then the second time each scenario is accompanied by a second slide that explains who has the power to check each action. Based on your version of powerpoint and the fonts available on your computer, some slides may need to be reformatted.