US History: Unit 1: Part 2 - PPT/Slide on Spain in the New World 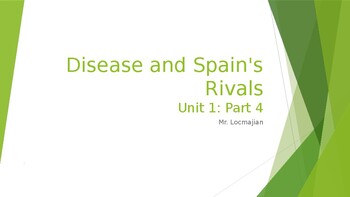 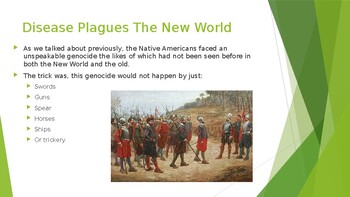 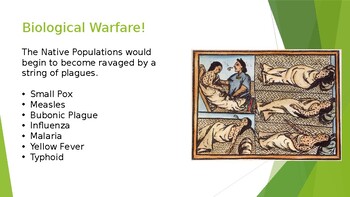 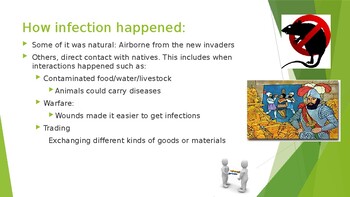 I have created a series of powerpoints that encompass most of my passages from two different Textbooks.

The first is The Americans (2014 edition) by McDougal Littell and the other is The American Nation (12th edition) by Folette. I primarily use the McDougal-Littell book, as it is typically easier for my students to understand, and has great pictures and information that I can use to turn into these power point lectures.

The lectures use all pictures from google and also some have links to youtube videos as supplemental. You may also tweak the power points as needed.

Unit 1 Part 2 goes over Spain's introduction as a world power, moving in and beginning to settle North, South, and Central America.