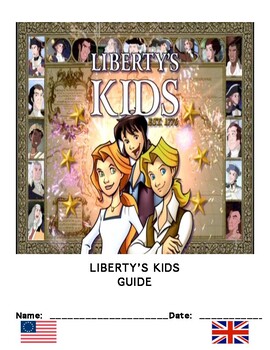 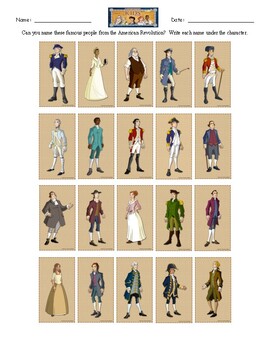 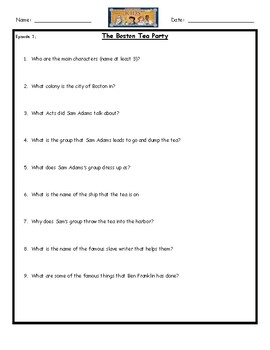 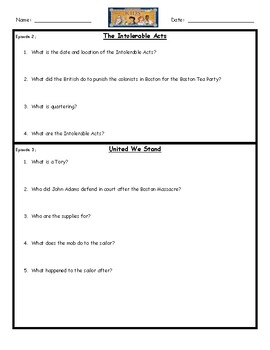 If you are teaching the American Revolution, then I highly recommend this product.  It has helped my students gain a very strong understanding for over 10 years.

This is an in-depth viewing guide that I made and use in my classroom while my students watch the AMAZING series on the American Revolution called Liberty's Kids.  Liberty's Kids aired on PBS, and you can buy the series or have your students watch it on Youtube for free.

This guide includes 270 questions to go along with the 40 episodes.  This guide also includes 270 in-depth answers that are taken directly from the series.

In my class, I print this out as a packet for each student.  We always look over the questions before we watch an episode so the students will watch the episode carefully and with a purpose.  At the end of an episode, we review each question. After watching this series and using this guide, my students come away with a VERY strong understanding of the American Revolution.

As I stated above, this guide includes all 40 episodes listed below:

The Boston Tea Party, The Intolerable Acts, United We Stand, Liberty or Death, The Midnight Ride, The Green Mountain Boys, The Shot Heard 'Round the World, The Second Continental Congress, Bunker Hill, Postmaster General Franklin, Washington Takes Command, Common Sense, The First 4th of July, New York, New York, The Turtle, One Life to Lose, Captain Molly, American Crisis, Crossing the Delaware, American in Paris, Sybil Ludington, Lafayette Arrives, The Hessians are Coming, Valley Forge, Allies at Last, Honor and Compromise, The New Frontier, Not Yet Begun to Fight, The Great Galvez, In praise of Ben, Bostonians, Benedict Arnold, Conflict in the South, Deborah Samson, Soldier in the Revolution, James Armistead, Yorktown, Born Free and Equal, The Man Who Wouldn't be King, Going Home, and We The People

I also have the following related resources:

Total Pages
42 pages
Answer Key
Included
Teaching Duration
1 Semester
Report this Resource to TpT
Reported resources will be reviewed by our team. Report this resource to let us know if this resource violates TpT’s content guidelines.