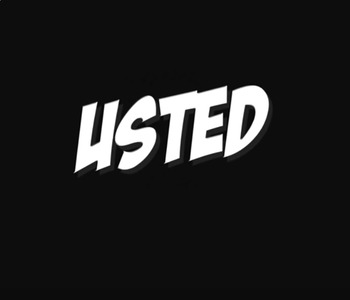 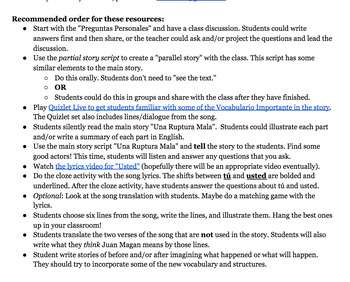 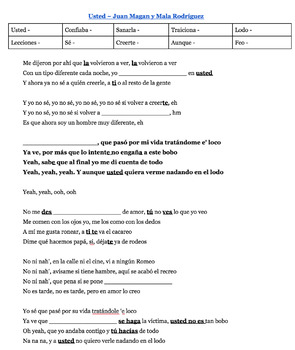 "Usted" is a fantastic song! These resources are based on the song and best for Intermediate Spanish students.

This product includes the following:

- A suggested order for these resources
- "Preguntas Personales" to have a class discussion
- A partial story script to create a "parallel story" with the class
- A "Vocabulario Importante" list for the story and the song
- A link to a Quizlet Live with the "Vocabulario Importante" and some lines from the song
- A dialogue-heavy story called, "Una Ruptura Mala," that incorporates lines from the song "Usted"
- An activity to have students illustrate each part of the story and/or write a summary of each part in English
- A cloze activity for the song "Usted," the shifts between tú and usted are bolded and underlined. After the cloze activity, have students answer the questions about tú and usted.
- A translation of the song "Usted"
- Some suggested follow up activities with the song/story including:choose six lines from the song, write the lines, and illustrate them; translate the two verses of the song that are not used in the story and have students write what they think Juan Magan means by those lines; write stories of before and/or after imagining what happened or what will happen.