Under the Sea: Open-Ended Games 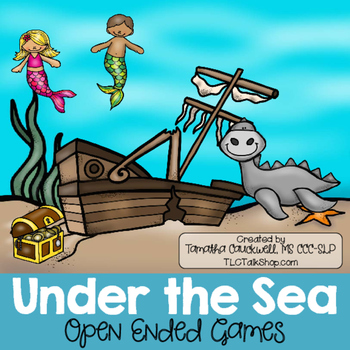 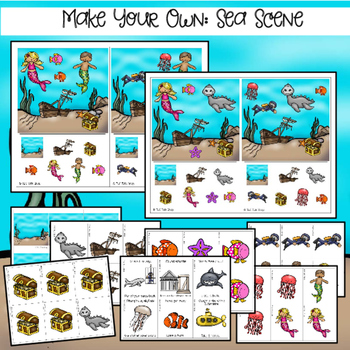 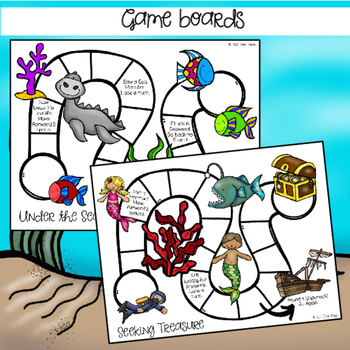 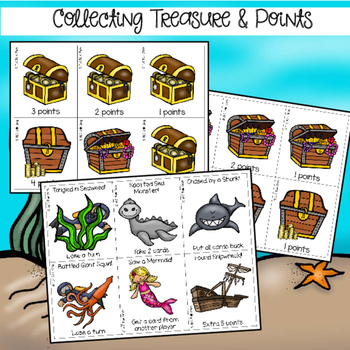 Contents:
Under the Sea! Build a Sea Scene game- (p.4-15)
Cut and laminate for long lasting fun! Pgs. 14-17 provide bigger pictures so students can make their Sea Scene in larger form or it can be used as a barrier game for following directions.
To play: Each player gets a Sea Scene task card. Turn all pieces face down so that the players only have access to view their Sea Scene task card. Upon their turn, they choose one card. If it is a piece card that they need, they get to keep it. If not, they put it back into the pile. The first person to complete their Sea Scene list by gathering all of the needed pieces, wins!
Under the Sea & Seeking Treasure Game boards- (p.16-17)
Basic game boards to play with your students. The player that gets to the end first, wins!
Collecting Treasure & Points- (p.18-20)
To play: Put cards face down so that players can not see the point values. After the student practices their speech & language skills and it is their turn, they pick a card. The player with the most points at the end wins.