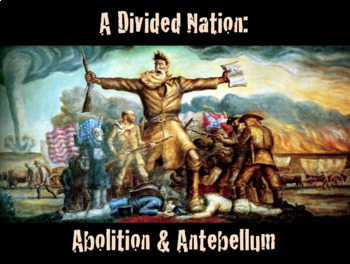 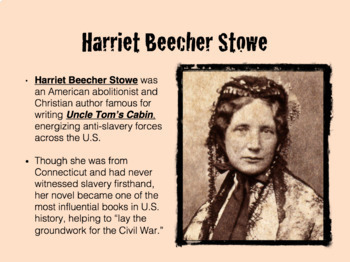 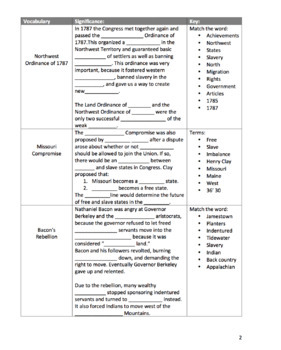 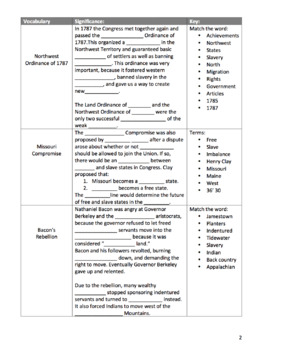 This bundle contains 2 weeks worth of work and covers the Antebellum Period of the United States, including the institution of slavery through the ages, the Middle Passage, Bacon's Rebellion, the Northwest Ordinance, and the Abolitionists, including Douglass, Garrison, Truth, Embree, Stowe, Tubman, and others. It also covers events leading to the Civil War, including John Brown's War, Bleeding Kansas, the Brooks-Sumner Incident, the Dred Scott Case, the Lincoln-Douglas Debates, and much more! This bundle includes all of the following: