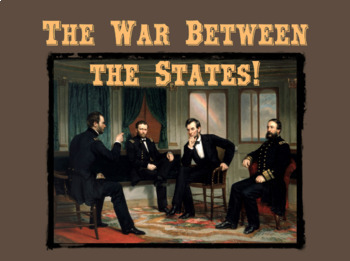 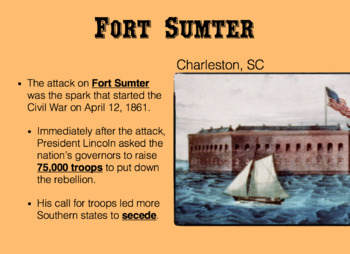 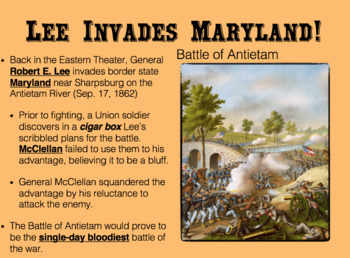 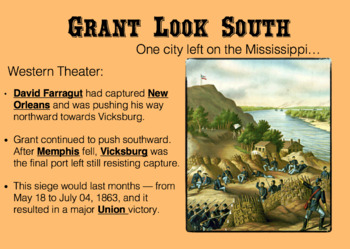 This bundle contains 3 weeks worth of work and covers the Election of 1860, the Secession Crisis, Key Leaders and People of the Union and Confederacy, and Major Events of the Civil War, including Fort Sumter, Lincoln's Call for 75,000, the Anaconda Plan, First Bull Run, Forts Henry & Donelson, Shiloh, Corinth, Hampton Roads, Antietam, Gettysburg, Vicksburg, Stones River, Fort Pillow, Memphis, Chickamauga, Lookout Mountain, Sherman's March, Franklin, Nashville, and Appomattox, among others. This also discusses the weaponry used, the daily lives of soldiers, the Emancipation Proclamation, the roles of African-American troops (Mass. 54th and 13th Colored Infantry), the Suspension of Habeas Corpus, Copperheads, the Election of 1864, the Sultana Disaster, the Lincoln assassination, and much, much more! This bundle includes all of the following:

Check out this neat Civil War "Guess Who" Review Game!