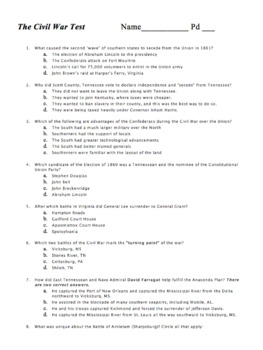 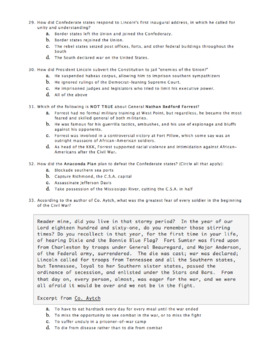 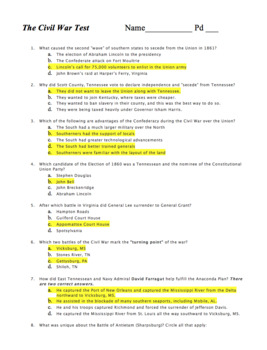 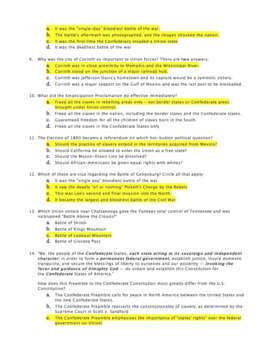 This 35-question mid-unit assessment covers "The Civil War" unit 12. It contains topics including the Election of 1860, the Secession Crisis, the Confederate States of America, the major battles of the war, important leaders and people, and much more. Please also see the Unit 12: The Civil War Notes Packet (and Study Guide). The answer key is included.

Or for an Amazing Discount, Check Out the Bundle...