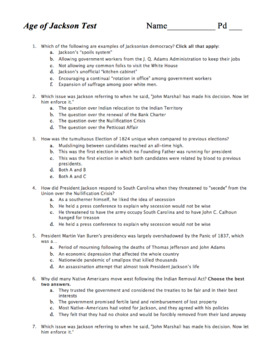 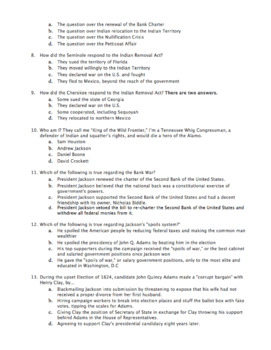 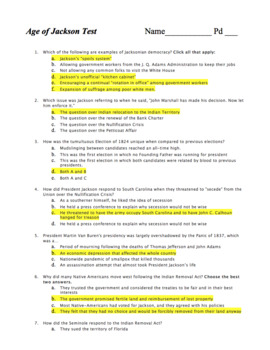 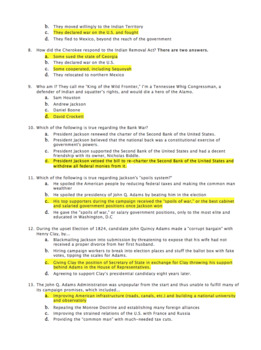 This 20-question mid-unit assessment covers the "Age of Jackson" unit 9. It contains topics including the Jackson's presidency, Jacksonian democracy, the Nullification Crisis, the Bank War, the Indian Removal Act, the Panic of 1837, and much more. Please also see the Unit 9: Age of Jackson Notes Packet (and Study Guide). The answer key is included.

Or Check Out the Bundle for a Discount!