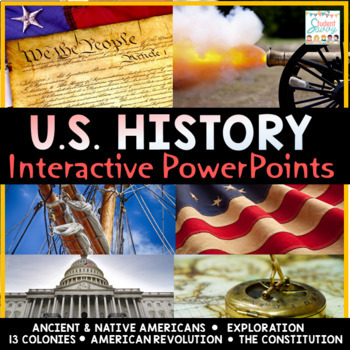 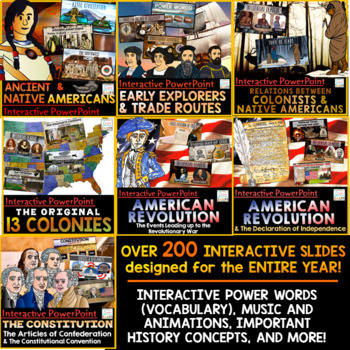 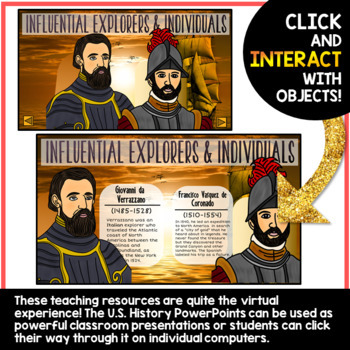 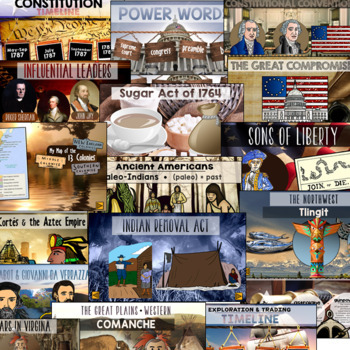 ***Watch this quick preview video to see an Interactive PowerPoint in action! (This is a fast motion screen capture of the resource).

These teaching resources are quite the virtual experience! The United States History PowerPoints can be used as powerful classroom presentations or students can click their way through them.

Here is a more in-depth look at each of the Interactive PowerPoint units:

American Revolution: Events Leading Up to the War Unit

Declaration of Independence and the Revolutionary War Unit

This teaching resource was created using licensed graphics from clipartists listed in the resource. It is an absolute violation of copyright law to ”lift” the graphics or text for other purposes.

Declaration of Independence and The American Revolution Interactive Notebook

Total Pages
over 400 (slides)
Answer Key
N/A
Teaching Duration
1 Year
Report this Resource to TpT
Reported resources will be reviewed by our team. Report this resource to let us know if this resource violates TpT’s content guidelines.