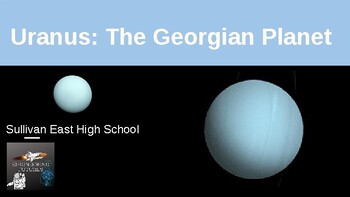 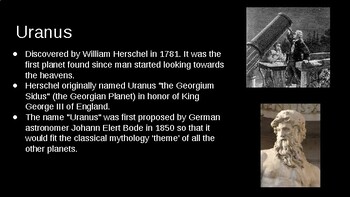 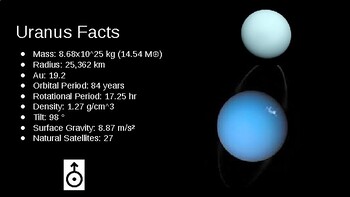 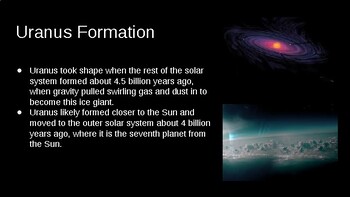 Discovered by William Herschel in 1781. It was the first planet found since man started looking towards the heavens. This Powerpoint will go over all that facts about the seventh planet from the Sun and shed some light on this mysterious gas giant.

*Note, this is PowerPoint was originally created on Google Slides. Some of the images/fonts might need to be re-arranged due to the formatting.