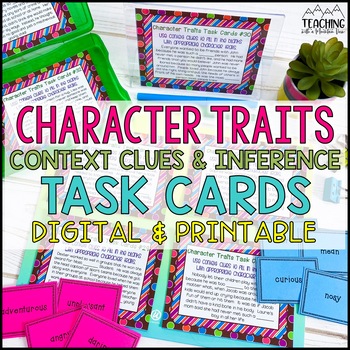 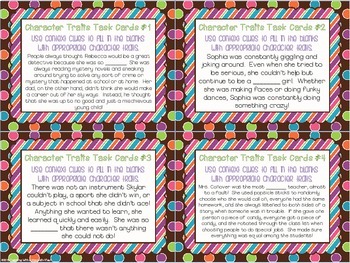 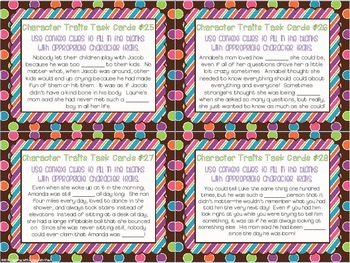 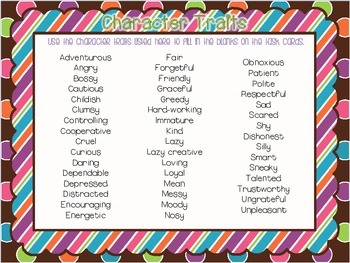 This resource includes both a PRINTABLE and DIGITAL version!

I suggest beginning this lesson by having students use the character trait sort cards on pages (included) and sorting them into categories (recording sheets included). Each sorting card is a suggested or appropriate answer for one of the task cards. I had my high level students do the sort and then put the cards away. They had to fill in the blanks on the cards with word they came up with on their own. For students who needed reinforcement, they used the cards OR the character trait list (included) to fill in the blanks.

Check out the preview and ZOOM IN to see detailed examples.

**These are also included in my CHARACTER STUDY TASK CARD BUNDLE!**