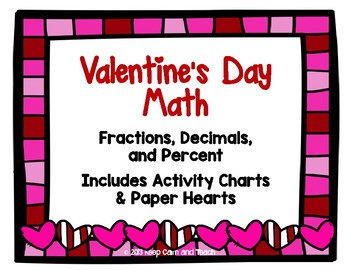 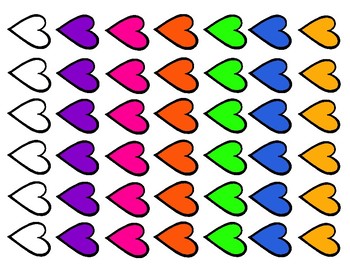 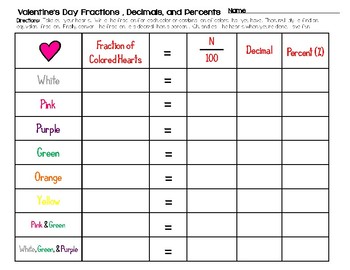 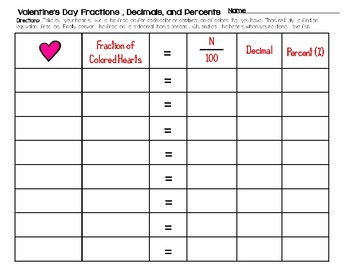 Valentine's Day Math uses candy conversation hearts to teach or reinforce the concept of converting fractions to percent and decimals. Each student will need a set or collection of hearts (printables are included). First, they write the fractions to represent the portion of each color they have. Then, they turn that into a decimal and finally a percent. You don't have to convert all three if your students are specifically working on all three.

The level of difficulty for your students can be adjusted based on the number of hearts in student sets. For example, if you provide students with a number of hearts that can easily be converted from a fraction to a percent, such as 10 or 20, they will not have to use decimals for their percents. You could also give different amounts in so that students really have to do their own work. They could trade and “check” the work of another student who has a different number of hearts. They might not even realize they are learning!

The following pieces are included:
- 2 Student work pages- One is prefilled with heart colors and color combinations. The other has the heart colors left out in case you want to modify it for differentiation or for your own preference.
- Printable hearts in case you don’t want to use the candy ones.

Thank you for stopping by!

Total Pages
3 pages
Answer Key
Does not apply
Teaching Duration
N/A
Report this Resource to TpT
Reported resources will be reviewed by our team. Report this resource to let us know if this resource violates TpT’s content guidelines.