Virtual Reality with Google Cardboard - Exploring the Geography of India 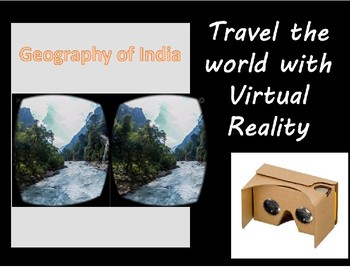 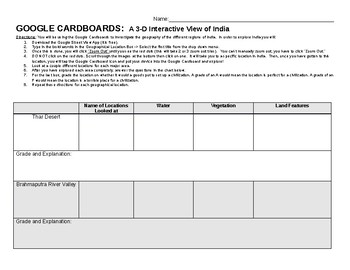 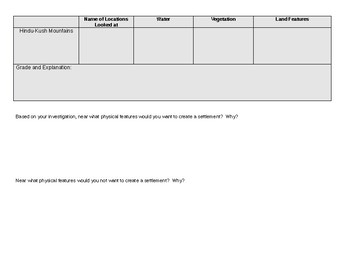 If you are looking for a new, engaging way to have your students explore the geography of Ancient India, Virtual Reality might be just what you are looking for! This product allows you to take your students on a virtual field trip to the Himalaya Mountains, Ganges River, and other locations throughout India. Students stand at those locations using a free app, "Google Street View." They analyze the land features at each location and determine if a settlement would have been successful there based on their observations.

You will need a Google Cardboard or other Virtual Reality viewer, which usually cost around $10 each. You will also need a device such as an iPhone or iPod. When I use this in my classroom as a whole class activity, the students usually work in groups of three, so I use about 10 viewers. However, I have also used it as a part of a stations rotation activity, so I only needed a couple of viewers.

Using Virtual Reality is extremely engaging for students. The last time I ran one of these activities, our county superintendent participated and tweeted from my classroom. It is a also a great activity for Meet the Teacher, Back to School activities, or other community events. It is a great way to get students excited to participate in a discovery learning activity.

Pharaohs of Egypt Differentiated Choice Board Learning Menus (set of 3)

The Story of Buddhism Personalized - Journey of Enlightenment