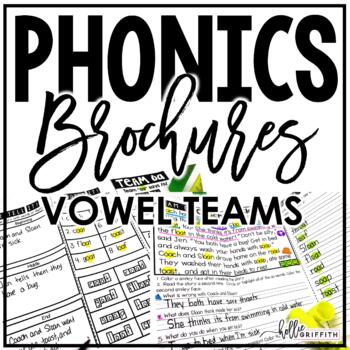 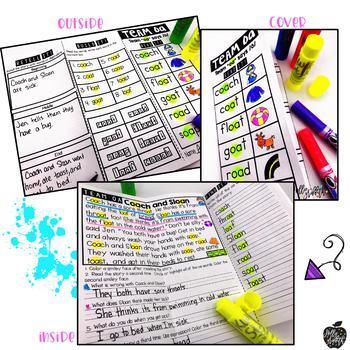 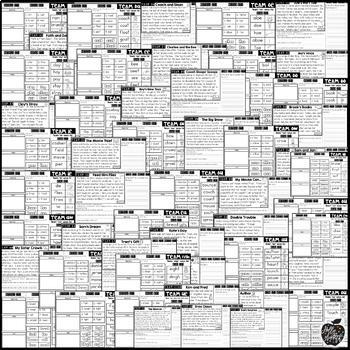 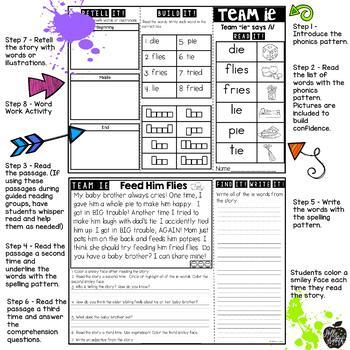 These fluency and comprehension passages are interactive, fun, and perfect for targeting specific skills. While using each brochure, students get the opportunity to learn a new phonics pattern and practice that skill in the context of reading for comprehension. Each tri-fold/brochure also incorporates a fun word work work activity.

I used the form of a brochure because my students hate worksheets! It might seem silly, but turning a flat piece of paper into a brochure adds a lot of excitement to little ones.

Step 1 – Introduce the phonics skill/word family. I always show a PowerPoint or a poster with the phonics pattern and a list of words. We write the pattern in the air and we ALWAYS sing a song about the pattern.

Step 2 – Read a list of words with the phonics pattern. Pictures are included to build confidence!

Step 6 – Students learn they can use words they know to read and write new words. They will use a spinner (paperclip and pencil) to build and write words with the phonics pattern.

These activities and passages are the perfect way to engage students and promote confidence and a love for reading.

Included in this unit:

Vowel Teams Word Sorts {Get Up And MOVE!}