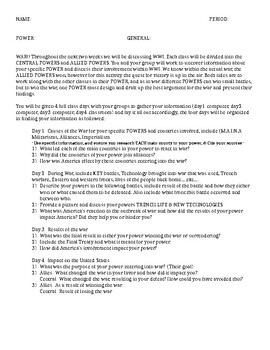 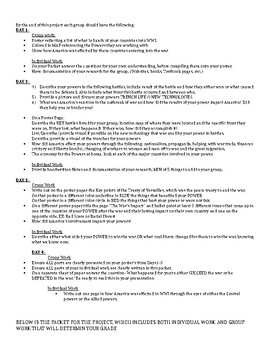 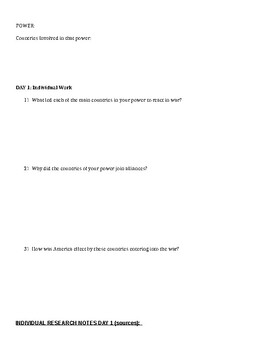 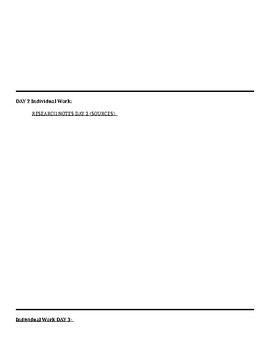 This is a project I have used in years past to help students comprehend WWI better. Below is a little about the project.

WAR!! Throughout the next two weeks we will be discussing WWI. Each class will be divided into the CENTRAL POWERS and ALLIED POWERS. You and your group will work to uncover information about your specific POWER and discuss their involvement within WWI. We know within the actual war, the ALLIED POWERS won, however for this activity the quest for victory is up in the air. Both sides are to work along with the other classes in their POWER, and as in war different POWERS can win small battles, but to win the war, one POWER must design and draft up the best argument for the war and present their findings.

(in the packet each day is laid out and editable)