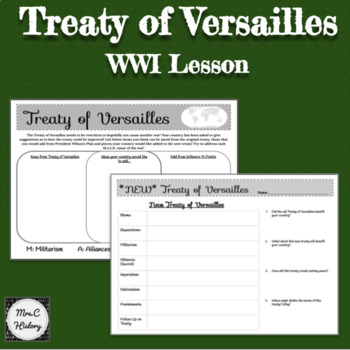 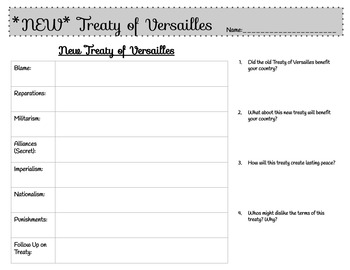 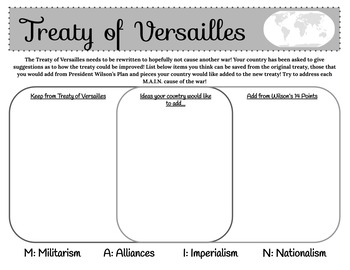 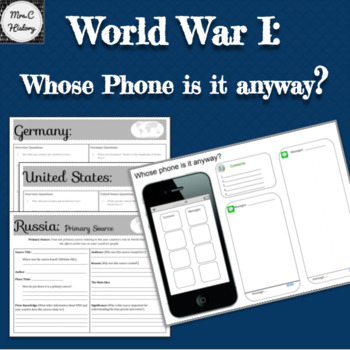 Students are tasked with replacing the WWI - Treaty of Versailles with a new version. Each student/group is assign a different country to represent at the Paris Peace Conference. Students then look at the current Treaty of Versailles and decide which pieces of it to keep as well as at Wilson's 14 point plan to discover what else they might want to add to the peace treaty. Students then will use what they know about their assigned country to add other items to the treaty that they believe their country would like to see. Ultimately the goal is to address the 4 MAIN causes of World War I along with who to "blame" and who to "punish" in order to create a better longer lasting to treaty to end World War I.

This is also a part of my WWI: Whose Phone is it Anyway Project Bundle.